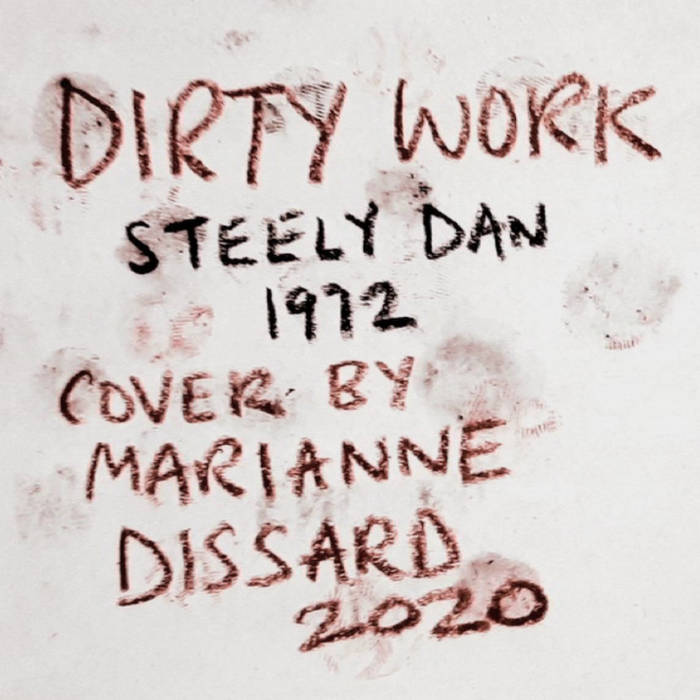 The US/UK collaboration will be released on June 19th Juneteenth, exclusively through Bandcamp with 100% proceeds that weekend donated to the NAACP Legal Defense Fund.

Earlier in June, also exclusive to Bandcamp, Dissard unveiled two versions ('His' and 'Hers') of Janis Ian's 1975 At Seventeen and a 2006 cover with Joey Burns (Calexico) of folk singer Kath Bloom's 1982 It's So Hard To Come Home.

In April, Dissard released a timely and haunting version of Phil Ochs' 1968 protest song The Scorpion Departs but Never Returns ("stunning cover", "the shiver down my spine says it works" reviewed by New Sounds' John Schaefer on NPR's All Things Considered) www.newsounds.org/story/weekly-music-roundup-fiona-apple-july-talk-and-alex-winston .

Dirty Work was written by Donald Fagen and Walter Becker and first released on Steely Dan's debut album Can't Buy a Thrill in 1972. It was originally sung by David Palmer whose 'almost angelic vocals concealed the cynicism within the lyrics' (The Guardian).

I took this song to heart, hard, this winter. Let me know what you think!

We are an independent label based started in East London in 2008. In 2015 we moved to Ramsgate on the Kent coast, about an hour or so east of our old home.

Bandcamp Daily  your guide to the world of Bandcamp